AI-based inventions which have already shaped the future 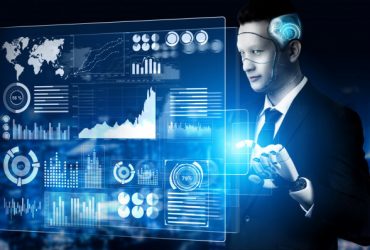 AI-based inventions which have already shaped the future

Artificial Intelligence is radically changing the world around us.

Artificial Intelligence is radically changing the world around us. It is a technology whereby the machines show intelligence which is not equivalent to human beings but they demonstrate similar features to that of humans. The market of AI flourishes day by day with new inventions added to the ever growing list of AI projects with a significant amount of investments and adoption by organizations.

Human beings have the highest intellectual level and are considered the dominant species. A question that arises is whether an improvement in human beings be seen when technology singularity is achieved or what would happen if and when AI would exceed the intelligence of a mere human. A common misconception that leads to fear among people is that AI will eventually lead to a dystopian future as depicted by fictionalized films, for instance, The Terminator, The Matrix, Blade Runner, and 2001: A Space Odyssey. These movies featured AI robots and machines running amok and causing mass destruction.

“What all of us have to do is to make sure we are using AI in a way that is for the benefit of humanity, not for the detriment of humanity.”

Although 3D printers were introduced during the last few decades but it was an expensive and slow process. AI has incorporated itself into 3D printing that metal objects can be printed cheaply, efficiently, and quickly.

The technology is capable of creating complex, strong, and light metal objects that could transform manufacturing both in the short term as well as long term. The aforementioned qualities are not possible with traditional metal fabrication techniques. Large inventories wouldn’t need to be handled by manufacturers instead everything would be printed even a replacement part for an outdated vehicle. Also, large industries would be transformed into smaller ones at the cost of making a wide variety of goods in accordance with the customer’s needs.

In 2017, Markforged, a 3D printing startup released its first 3D metal printer under $100,000. Likewise, Desktop Metal have introduced a software wherein the users list the specs of the required object and then the computer generates a model for printing.

Currently, the usage of AI is limited to a few companies but as a cloud based service its availability will be expanded to just about anyone, hence giving an economy a sudden boost. For majority of the enterprises, AI systems seem to be expensive and its implementation is difficult. But companies like Amazon, Google, Microsoft, and Baidu have successfully managed to make use of AI.

Google uses TensorFlow and Amazon uses its AWS subsidiary to control cloud AI. Microsoft has its own cloud platform Azure that has partnered with Amazon to provide Gluon. Gluon is an open source deep learning library that makes neural nets. An essential tool that mimics the way a human brain works. This is restricted only to the tech industry as other sectors such as manufacturing, medicine, and energy still don’t know how to implement AI in their respective fields.

“Most companies, though, still don’t have enough people who know how to use cloud AI. So Amazon and Google are also setting up consultancy services. Once the cloud puts the technology within the reach of almost everyone, the real AI revolution can begin.”

When one is searching on Google, shop at Amazon or watch Netflix, AI predictions make the experience smoother for you. Similarly, AI assistants such as Siri, Alexa, Google Assistant guide us through the myriad of sources. It has been estimated that most of us will heavily rely on AI assistants to manage our schedule, plan trips and even to order a pizza as they understand our habits and behaviors.

AI digging deeper into every bussiness

Manufacturers use predictive technology to check when methods could be used to increase their sales or to check when a machine is likely to break down. Thus, the technology could be used in all business operations including the optimization of the supply chains or HR wherein the logistics decisions as well as employment or deployment would be entirely controlled by AI.

Two AI systems can work with one another to create ultra-realistic original pictures or sounds. This isn’t comprehendible by machines. This technique gives a sense of imagination to the AI machines to be less reliable on humans and in turn is a powerful tool for creating false digital images. A case in point is the creation of hundreds of celebrity photographs of people not in existence by priming a GAN. This was accomplished by researchers from chipmaker Nvidia.

Both networks work on same data set. The generator produces fake images or sounds such a pedestrian with an extra set of fingers. The discriminator identifies whether the image produced is real or not. A time would eventually come in which the latter wouldn’t be able to differentiate wherein the former would be trained to recognize and create realistic images.

Scientists can use the genome in our bodies to predict to check the chances of diseases accumulating or to even check your IQ. Although, DNA testing is probabilistic but huge advancements could be made in medicine. Scientists have termed it as ‘polygenic risk scores’ that have the ability to predict traits as well, for instance, 10% of any person’s performance on IQ tests can be forecasted. The IQ predictions may become a norm as the scores improve.

“To behavioral geneticist Eric ­Turk­heimer, the chance that genetic data will be used for both good and bad is what makes the new technology ‘simultaneously exciting and alarming.’ ”